It was great to be kick starting 2013 with two exhibition bookings for top British kitchenware design company, Joseph Joseph. 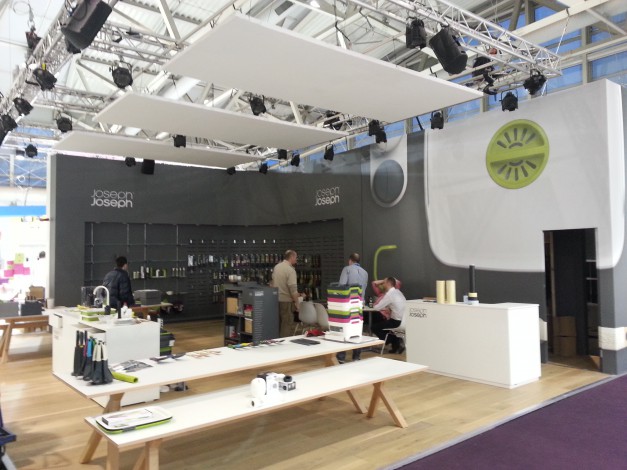 Building on the successful shows from 2012, we were asked by GTMS design and build company to supply lighting, rigging and power distribution for two shows starting in January at the Paris Nord Villepinte centre  before moving on to the Messe Frankfurt in February.

With more shows booked for later in the year, we are pleased to be offering continued support for a British company that is internationally recognised for producing some of the most stylish and technically innovative products available in their market.