For the big day of Emily and Stephen Carlile, STL returned the beautiful De La Warr Pavilion in Bexhill to the glitz and glamour of its former 1930’s self. 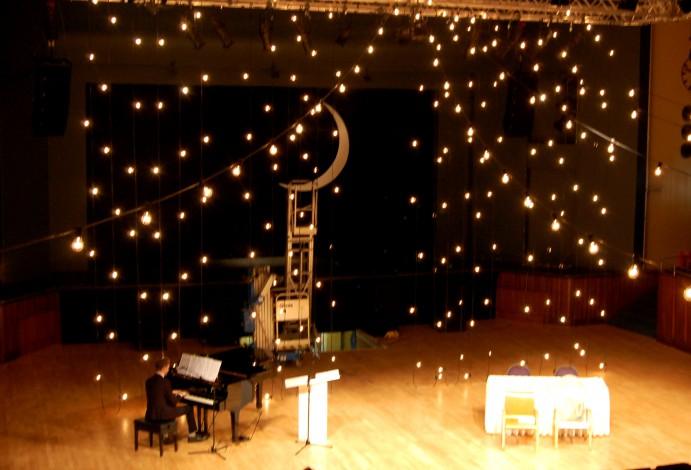 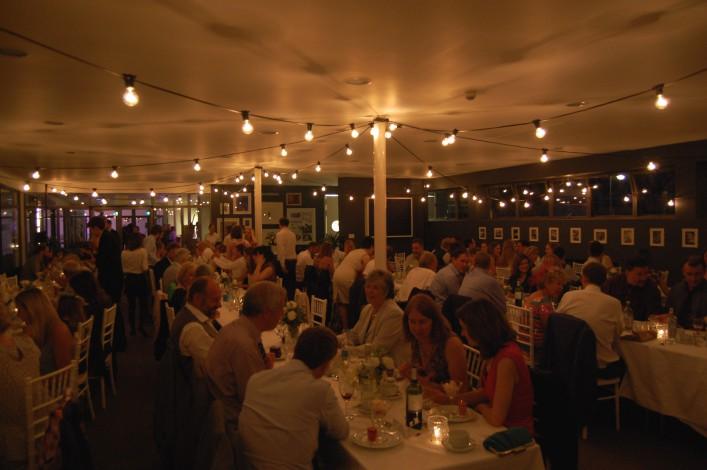 Using over 600 metres of festoon lighting, STL lit the auditorium – where the couple were married – the restaurant for the wedding breakfast, the gallery foyer and the balcony that wraps around the impressive building.

Traditionally used for live entertainment, the auditorium was dressed with copious amounts of festoon. Strung from the ceiling and dropped vertically to the floor, or draped across to the seating area, this provided the most romantic backdrop as the couple said their vows.

In the restaurant festoon was draped across the ceiling giving the feeling of being inside a marquee, while the entire length of the sweeping balcony, overlooking Bexhill seafront was defined with the strings of festoon.

“The amount of festoon involved in dressing the De La Warr Pavilion for the Carlile wedding was unusual for any venue,” said Phil Parsons, STL’s project Manager. “To put this in perspective only 400 metres of festoon are used to light the grounds and driveway of Hever Castle for their festive winter wonderland.”

Over-the-moon with their wedding lighting the happy couple praised STL,

“Every bit of your company was perfect.

Thank you for making the day glow so beautifully. I wish we could do it again and use you every time!”