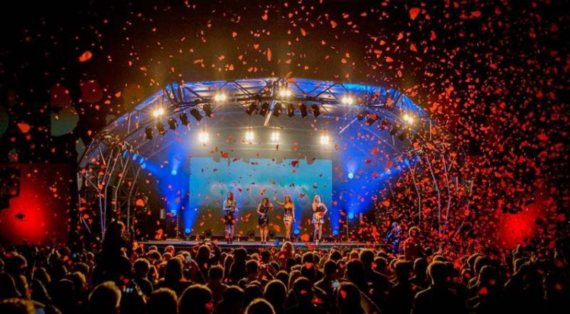 Run by SW19 Productions, the 90 minute concert took place in an aircraft hangar at RAF Northolt, where thousands of Armed Forces service personnel and their families watched as acts including The Saturdays, Union J, Tich, the Luminites and The Poppy Girls graced the stage.

For the second year running STL Lighting created a versatile design for the charity event that worked for all the acts on stage and the strong video element of the show. Utilising their creative lighting prowess and their latest investment in moving light technology – the Robe Pointe® – the look of the show was highly praised by the event organisers and onlookers.

The event was publicised by the national media and the British Forces News.